Your Feet Swelling up?

So this morning I read this: "Remember how the Lord your God led you all the way in the wilderness these forty years...Your clothes did not wear out and your feet did not swell during these forty years." (Deut. 8:2,4) It's a good thing too! Not many malls in the desert to pick up some new duds! Anyway, so I'm thinking, I remember the stuff that happened to me, good and bad. But I rarely, if ever, considered the bad that didn't happen to me.

Eye opener. I really should be thankful to God for His protection! I mean, I'm in traffic all day long five or six days a week. People are texting in at least half the cars I pass daily. There eyes down, not looking forward. STOP IT! Last year my health didn't fail, my truck didn't breakdown, we didn't go hungry, my house didn't blow away in a hurricane, my clothes didn't wear out and my feet did not swell up!

I going to continue to be thankful to God for all the good things that He does for me. "Every good and perfect gift is from above, coming down from the Father of the heavenly lights, who does not change like shifting shadows." (James 1:17) And I'll continue to pray to be rescued from all the bad times that come my way.

But now I have a new appreciation for His daily-life faithfulness He shows to me in His constant protection of me and my household. Thank you Jesus!

Drop me a line,

How was your 2015? Although there were a lot of  joyful times in it (that can just be another Blog), as far as I'm concerned there was plenty of pain, blues and agony to go around as well. You'd think by now I could learn lessons without having the Lord have to work so hard at making "all things work together for good". For instance...

At work, the screws were put to me on two separate occasions! In one instance supervision treated me wrong just because it wasn't "against the contract"  to do me dirty. Thereby covering their butts for not doing their own jobs correctly. I did not respond to that in a Godly manner!

On another occasion I made a purely human error. When questioned, I did respond in a Godly manner. Yet telling the truth carried no weight. Nor did a spotless 30year+ work record. I was disciplined to the fullest extent for a first offense of this nature, as if I had purposely failed to perform my duties. I didn't respond very well to their decision at that point either.

There were many other incidents that came along which included many other people in that wonderful year of 2015. There were many: less than restful nights, discussions that didn't remain civil, and plots in my mind for my own resolutions to these issues and other opposition to my will, opinions and character. In every one of these I, of course, was 100% right every time!

Suffice to say that it felt as if I was constantly under siege last year. The thing I rarely, if ever, did when embattled like this in the past (when I was pissed off at someone) was to go to God while I was angry. This year I did seek Him, more and more WHILE I was ticked off. He listened. Knowing that I was 100% right in each instance, I wanted Him to take action against the opposing side, or at least show them the error of their ways. Yet I did end the prayers with an honest request for Him to change me in any area that He viewed I might need a slight adjustment.

Yea, now you're smiling! Probably because you've been here to one degree or another. Anyway, each time after one of these "angry prayers" I would get some relief, a little more sleep and a little more hope, knowing that I could go to Him openly and honestly.

And about that request to change me slightly if necessary...I see now that the lesson He used all these confrontations to teach me has not been about His power to rescue me from battles (which He has if He so desires to use it). But the lesson is for me to choose to forgive every single person for any wrong they have done to me, whether real or perceived. And get this, to love them anyway! It doesn't matter if  they stay angry, opposed to my opinion, or keep up an attack on me. I should choose to forgive them and love them anyway. Never mind that forgiving others gets rid of our own bitterness and gives us freedom as well.

Jesus said, “Father, forgive them, for they do not know what they are doing.” And they divided up his clothes by casting lots. (Luke 23:34) While He's dying there being brutally crucified He forgives His murderers and loves them anyway! Now there's a Godly trait to request!

Drop me a line, 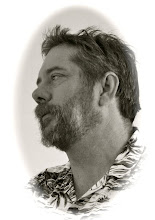